Partly an art installation, partly a lo-fi (low-fidelity) prototype, this project investigates how interactive objects can engage on behalf of their makers in the narration and indirection of difficult topics pertaining to hegemonic cultural norms. Like the Hijabi Mannequin, this project is a proxy object but it covers a different topic: handshaking cross genders in Islamic traditions. The series of Photoshop generated watercolor-like prints depict the true story of a Hijabi woman who turned down the handshake of the Norwegian prince when he visited her mosque. The prints go into the what, why, conflicting twitter reactions, and the implications of that story for Western contexts. The last print suggests that “next time you meet someone new, consider asking how they like to be greeted”. 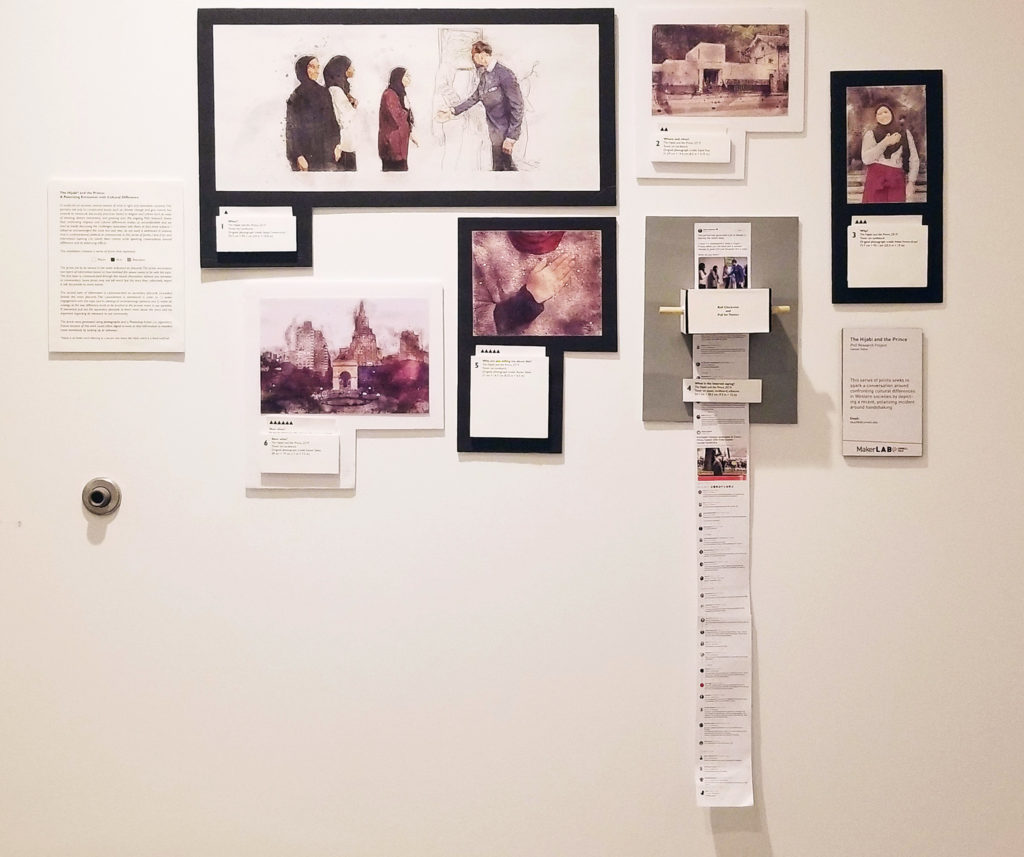 The prints are viewed in the order indicated on placards. The prints encompass two layers of information based on how involved the viewer wants to be with the topic. The first layer is communicated through the visuals themselves without any narration or commentary. Some prints may not tell much but the story they collectively report is still discernible to some extent. 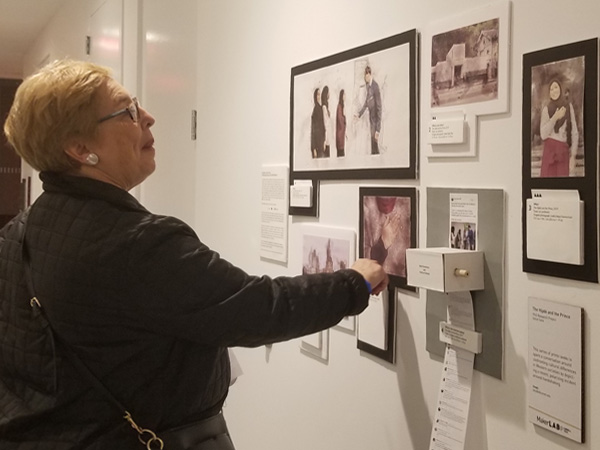 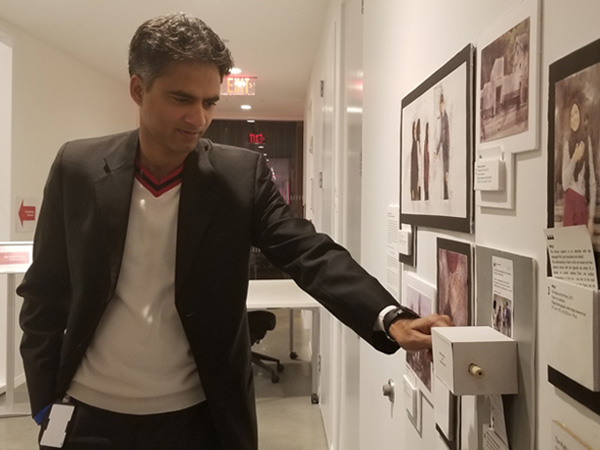 The second layer of information is communicated on secondary placards concealed behind the main placards. This concealment is intentional in order to: 1) make engagement with this topic and its ideological underpinnings optional, and 2) make an analogy to the way difference tends to be pushed to the private realm in our societies. Interested viewers would have to come closer and pull out the secondary placards – this renders the engagement both optional and intentional. The Twitter roll showcases the internet reactions so that the viewer has a more encompassing understanding of this controversial question: was the Muslim woman rude in staying true to her religions and turning down the prince’s handshake? The roll length indicates that the internet had a lot to say (and I did not include all the tweets). 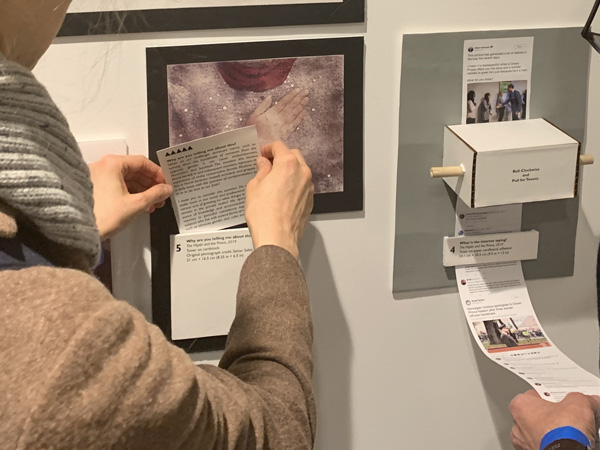 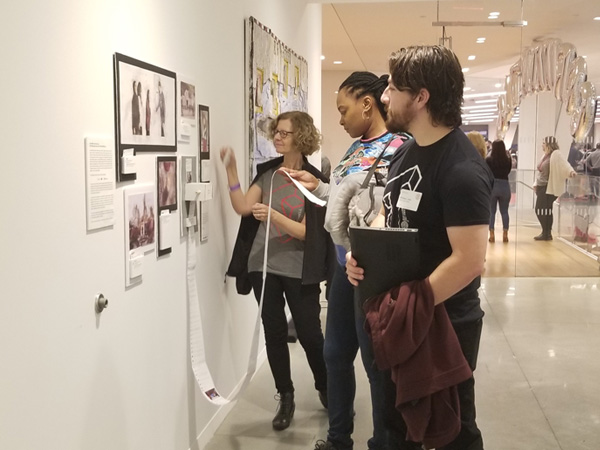