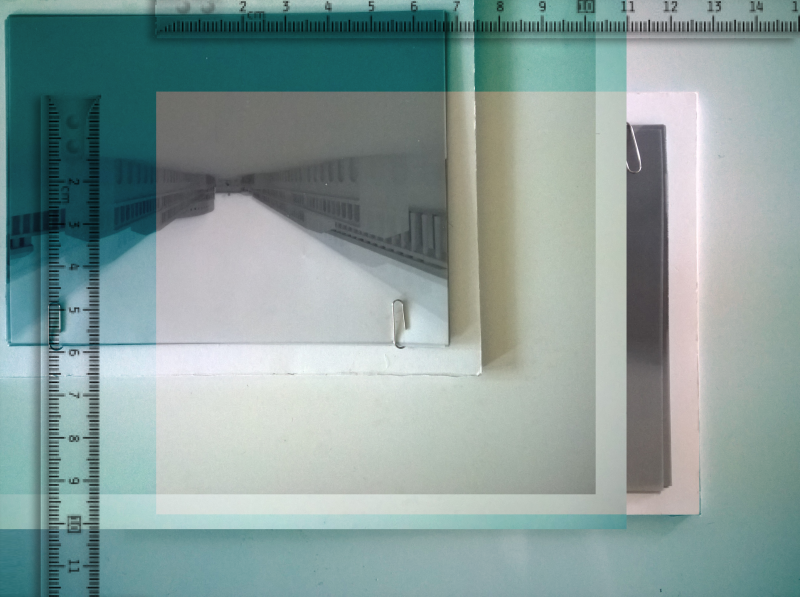 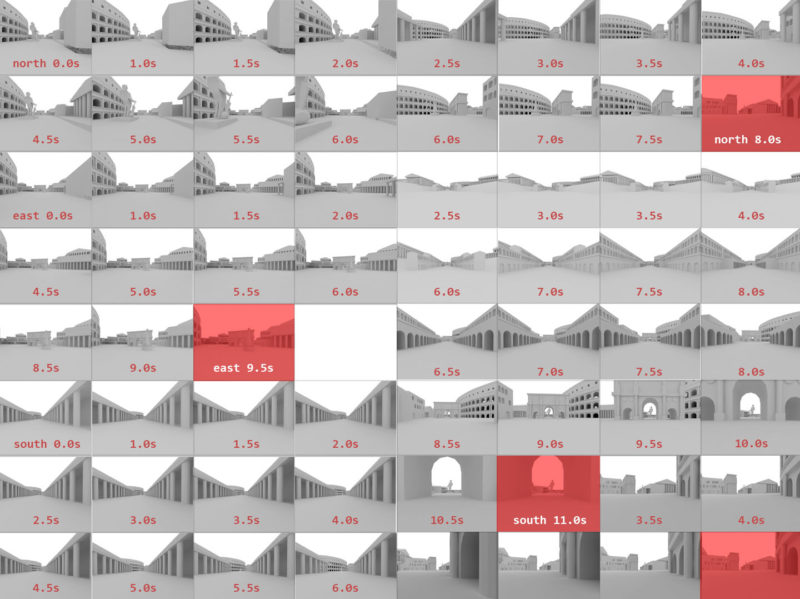 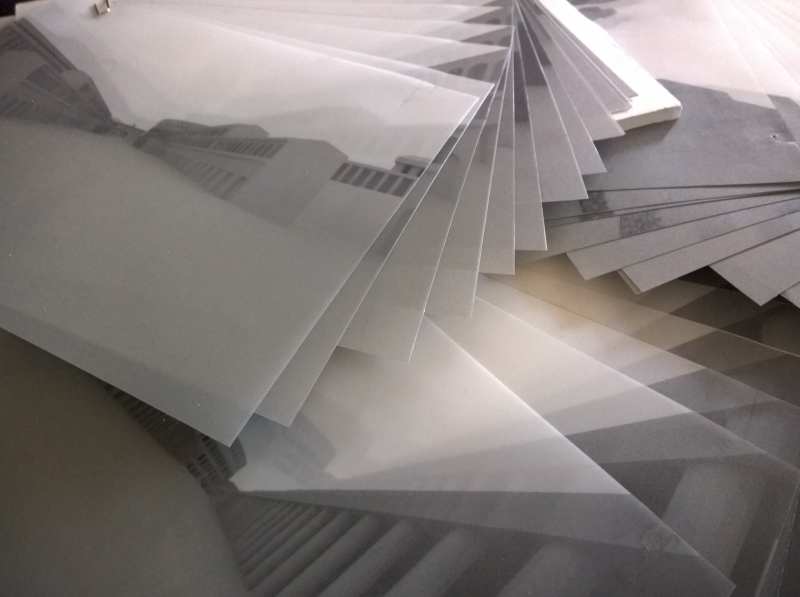 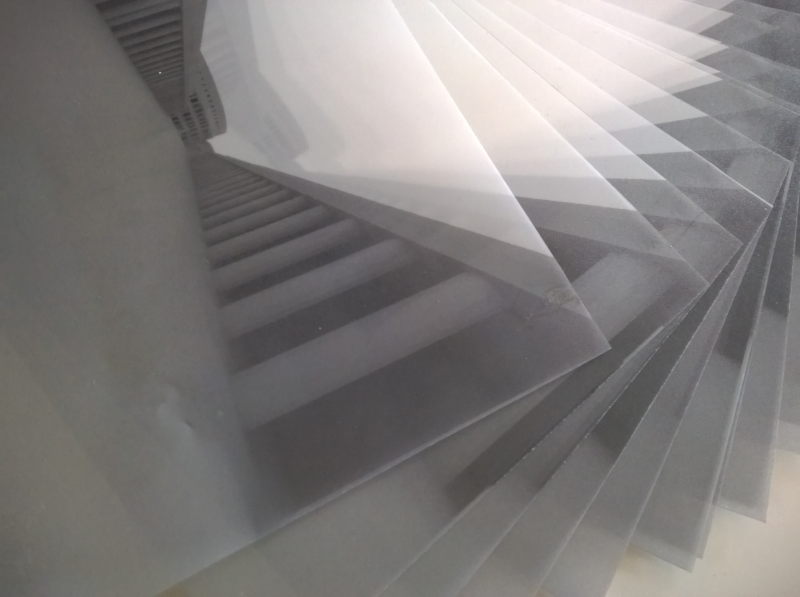 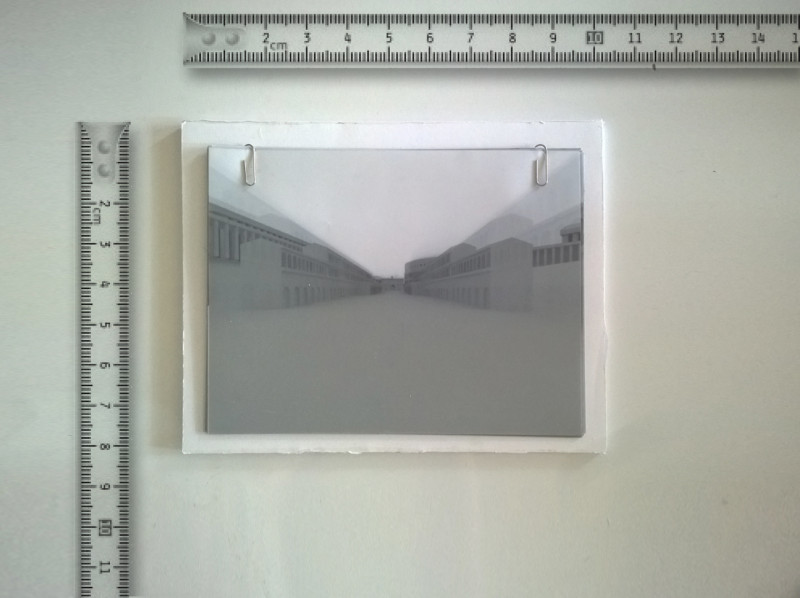 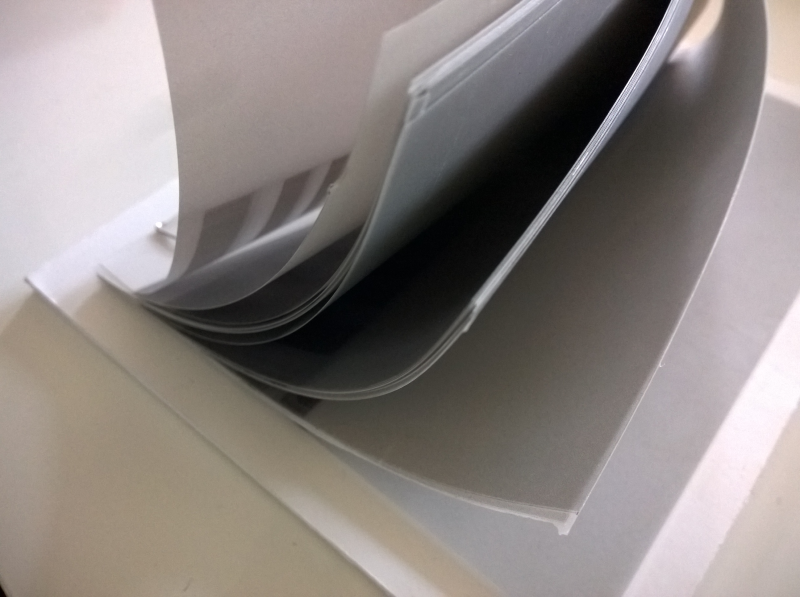 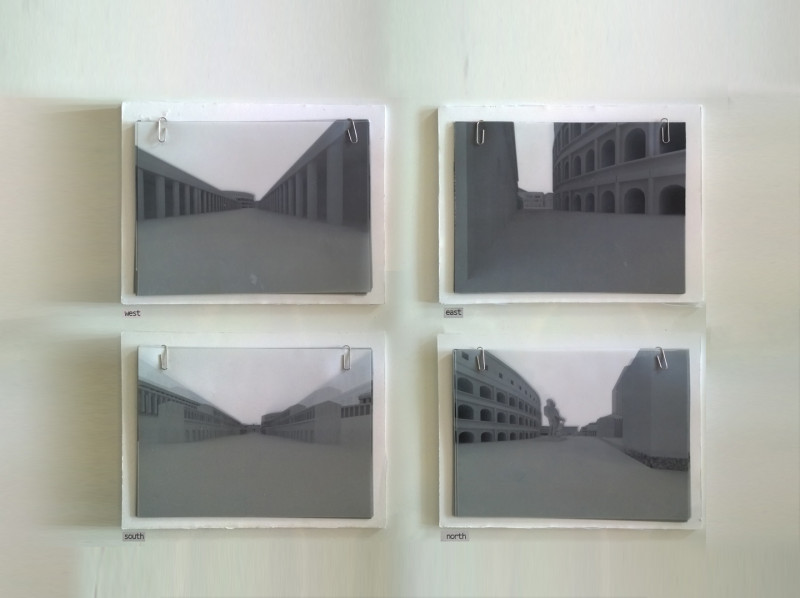 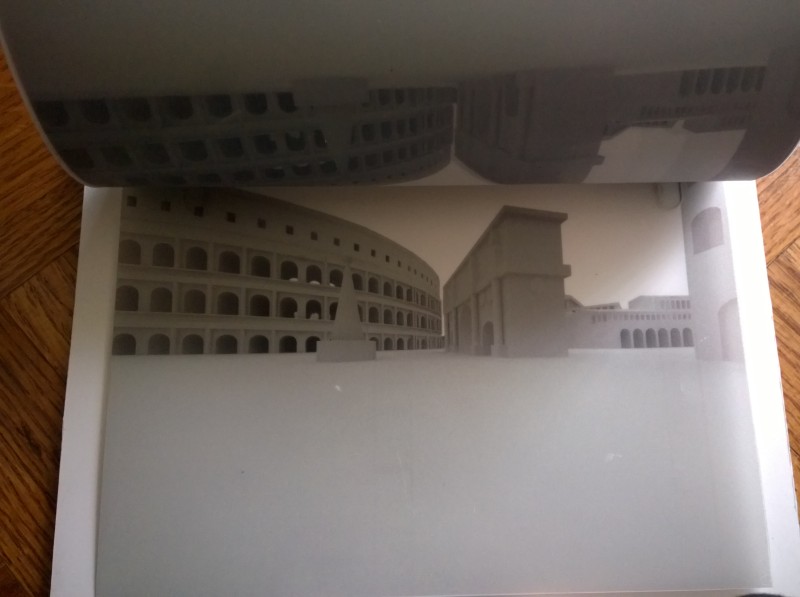 The optical illusion of flipping paper rapidly conveys continuous motion. This project uses such phi phenomenon to re-enact the spatial movement towards the Arch of Constantine around the year 320 AD. The goal is to draw conclusions regarding the spectators’ reading of the arch within context from the four directions of approach. Size, style, material, and intended symbolism aside, this project illustrates that grandeur of a monumental structure and its iconography as perceived by spectators can oscillate based on the scale of context, peripheral conditions, visual interferences, and method of approach.

Based on 3d data available from Rome Reborn 2.1, Google Earth, and the Art History at Khan Academy, a 3D model was built in AutoCAD, then imported to 3ds Max for rendering purposes. Using a camera with a lens and height simulating the human eye, a virtual walk-through of the Colosseum value was implemented. The walk-through was done from each of the four cardinal directions towards the arch, covering a distance of 150-100 meters in each direction. The walkthrough was rendered as still 18.5X14.5cm frames (20 frames per walkthrough). All the frames were printed on semi-opaque mylar paper (polyester film/plastic sheet). For each walk-through, the frames were arranged in spatial order as a booklet 22cm wide by 17 cm long. By flipping through the booklet, the spatial movement and experience towards the arch is re-enacted.

Despite its fame, the arch of Constantine is relatively modest in size by Roman standards (21 meters high), especially in comparison to neighboring structures such as the Colosseum (50 meters), the temple of Venus and Roma (30 meters), the Colossus of Sol (30 meters), and the temple complexes atop the adjacent Palatine and Caelian hills. Furthermore, the arch was built at a major junction with misaligned monuments. Due to its tricky location and non-circular form, the placement of the Arch of Constantine meant that at least one direction will not give an optimal view of the arch. Clearly, when they had to make the choice, the Romans chose to give preference to the direction from which the processions approached, i.e. the south. Indeed, the grandeur of the arch is amplified when viewed from the south as evident in the gif images below. From the north, east, and west directions, axial misalignment and size shortfall are obvious, diminishing the arch’s significance as a framing device, and making it appear more like an isolated, free standing object.

But such findings are not meant as a criticism or applause of the arch placement, but rather as an inquiry of the alternative, non-orthodox ways in which the arch would have appeared and been perceived. In an analogues fashion, most of the celebrated pieces of contemporary architecture are often photographed from a certain angle. Therefore, we only get to see the side of the building the architect wants us to see. The other side[s] on the other hand, often muddled by escape ladders, loading docks, and garbage chutes; we never get to see unless visiting the building in person. Ultimately, some of the world’s most famous monuments and contemporary buildings are designed to be viewed (or are best viewed) from a certain direction. Nevertheless, there is more to them, as spectators on the ground can see. Observing those edifices from a different direction can lead to a different reading, sometimes rendering the edifice ordinary, cluttered, or completely indistinguishable from context.